Forums
Early Retirement No...
General Discussion
Could a small alloc...

Could a small allocation to I bonds hedge inflation risk? 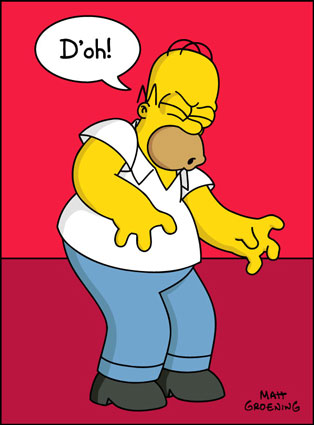 I bonds pay interest roughly equal to inflation, as calculated twice per year. If a retiree was worried about inflation outrunning their projected spending, could they accumulate a relatively small allocation of I bonds over the years to generate interest income equal to the increase in their spending each year?

For example, suppose my first-year retirement spending is $50k. I hold $50k of my AA in I bonds (1x spending), and 24x spending in a brokerage account. Inflation is 10% that year, so my next year's spending will be $55,000. The I bond pays me 10% interest, or $5,000. Thus I have negated the effect of inflation in Y1. I bonds reinvest in themselves by default and compound (just like inflation), so in Y2, my brokerage accounts are $5k lower due to the inflation of Y1, and my treasurydirect account is $5k higher.

I've spent an extra $10k in those 3 years due to inflation, and also earned an extra $10k. The net effect on the rest of my portfolio would be the same as freezing my spending at Y1 levels. As long as the I bonds continue being reinvested and compounding, the value of that account will inversely track the additional money I'm spending each year due to inflation.

Of course, this AA decision does not change my WR, and my investments might not be doing great in that scenario, but I've addressed a 20% spending increase over 3 years with only a 4% asset allocation to I bonds and that has to help. Your thoughts?

One caution, though: If we have a recession and deflationary forces again in a few years and the Fed lowers rates you would not get the "duration effect" that you would normally get with a regular bond or bond fund/ETF. With lower interest rates, a bond ETF value would go up, while with the I Bonds you get only your principal back when you sell before the expiration.

@Chris B, due respect, you are confusing some things and also double counting.

Even as you tried to describe it, and even ignoring taxes, the $5,000 of interest from the I-bonds by itself cannot make up for the effects of inflation on real spending power of a $1,250,000 portfolio. [I calculate that because you said $50K was 1/25th of the portfolio].

Now I suppose that if you are able to find an I-bond that pays 11x the inflation rate – i.e. where a $50K investment paid you $55K annually – you might be on to something... 😉

@andyg42 the objective would not be to offset the loss of purchasing power for the value of the whole portfolio. It would be to cover the excess spending each year so that the WR does not go sky-high in the event of sustained high inflation. It's not a hedge against asset prices falling, it's a hedge against increasing one's spending.

My illustration shows a person with a 1x allocation to ibonds and a 24x allocation to other investments completely offsetting their inflation-related increase in spending. For every extra $5k they must spend from the brokerage account due to inflation, the ibonds compensate them $5k. Ibonds compound, so this hedge against over-spending can go on year after year.

Of course, in an environment where high inflation occurs for multiple years, the ibonds account might grow to be a proportionally larger piece of the pie as net withdraws come from the brokerage accounts and massive amounts of interest are paid into the ibonds account. But if that occurred, it would be a sign of the strategy working as intended.

As ERN points out, the downside if inflation goes down is being stuck with a few tens of thousands of dollars invested in what are basically low-yielding treasuries.

Forget the rest of my argument. You are double counting when you say that the I-bonds both compound and “offset” the additional $5K of spending needed that year to offset the effect of inflation on the whole portfolio.

At minimum, surely you understand that if you spend the $5K interest that the $50K I-bond earned in your year 1, the real value of that $50K in year 2 has gone down because of the effect of that 10% inflation. Because if you don’t spend it - whether literally out the door, or by mental accounting moving it to your “rest of portfolio” bucket - then obviously it couldn’t have offset anything! But if you do spend it, as you indicate immediately above then it’s clearly no longer “compounding”.

Money is fungible, as ERN points out multiple times. But sorry, you can’t change the fact that all I-bonds do is protect the real value of that portion of the portfolio (4% in your example) invested in I-bonds!

For the record, I actually do think that I-bonds are a good investment right now - in place of cash. But I-bonds simply cannot perform the kind of alchemy you are suggesting.

@andyg42 I definitely agree we can't both spend our iBond coupon and compound it too.

I was thinking if you have $50k in ibonds, get $5k in interest, and never spend the coupon, then now you have $55k in ibonds. Your spending would come out of another part of your portfolio that is not ibonds.

The point being that the extra $5000 interest payment on ibonds in step 2) offset the impact of spending $5000 more in step 3) and then our untouched ibond allocation showed compounding effects in step 4) just like how our spending compounds due to inflation. This would have been the case had inflation been 3% or 13%. Thus the ibond insured us against increased spending due to inflation by offsetting the losses to the "something else" allocation of our portfolio.

In this scenario the "something else" allocation of the portfolio grew 0% for 2 years just for simplicity and to illustrate the point, but something like that or negative returns are theoretically possible in a rising rate / rising inflation environment where the withdraws are escalating. This is exactly the sort of SORR we should be concerned about. .

We were featured here:

Final Displayed Affiliate Links If you like the free content we provide here, please consider helping us pay the bills by clicking on the links below. We personally use and really enjoy the services mentioned below. We wholeheartedly endorse them both to our relatives and friends, and thus also to the friends of the ERN blog! If you sign up through the affiliate links we’ll get a small referral fee and you get a signup bonus and the assurance that we can keep the lights on here at the ERN blog!

Get a two-week free trial for NewRetirement’s awesome “PlannerPlus”

Spintwig’s Options Trading S1 Signal. Use code “BigERN5” at checkout for a 5% discount (monthly and annual subscriptions and renewals)

We use this Health Sharing Ministry plan and wholeheartedly endorse it!

Get $20 when you sign up for GoogleFI mobile phone service

No direct compensation for you. Only the warm and fuzzy feeling that Big ERN gets a small payout.

Looking to move to SW Washington? I wholeheartedly endorse Curtis Ambrose who did a fantastic job helping us find our home!

Affiliate links through Amazon.com. See Disclaimers for more info on the affiliate policy.

All Posts by Category

All posts by month